The name Zelophehad in the Bible

There’s only one Zelophehad in the Bible, but we know about him because of his famous five daughters, whose insistence on their inheritance changed Mosaic Law.
Zelophehad was a son of Hepher, son of Gilead, son of Manasseh, and he had no sons (Numbers 26:33, 1 Chronicles 7:15). His five daughters — Mahlah, Noah, Hoglah, Milcah and Tirzah — came to Moses and Eleazar and the leaders of Israel and explained that their father had died in the wilderness and that it was unfair that without a male heir his name would die out. Hence the daughters asked for property rights among their uncles (Numbers 27:4).
Moses brought the case before YHWH and He responded by agreeing with the ladies, and made it a permanent statute that when a man with only female offspring dies, his daughters are to be given property rights (27:6-11).
In our modern day and age, this statute would probably be called something like one’s “Zelophehad’s daughters’ rights” but in Old Testament times, scribes resorted to telling the same story over and over: Numbers 36:2-13, Joshua 17:3-6.

What does the name zelophehad mean?

Possibly means either “first born” or “shadow from terror” in Hebrew. In the Old Testament, Zelophehad is a man who dies while the Israelites are wandering in the wilderness, leaving five daughters as heirs.

The name Mahlah in the Bible

There are two Mahlahs in the Bible; one is a woman but the other one we’re not sure about. Actually, the only reason we’re not sure is that it’s not explicitly said that the mystery Mahlah is a lady, and in Scriptures, that’s usually suspicious. But, all suspicion aside, the name Mahlah is the feminine version of the masculine name Mahli, so that gives us a clue that this might be a feminine name. On the other hand, there are two words in Hebrew that look just like this name, and one is masculine and the other is feminine. The bottom line is that we don’t know whether Mahlah the child of Hammoleketh (who is probably a granddaughter of Manasseh) is a boy or a girl (1 Chronicles 7:18).
The other Mahlah is surely female and one of the five daughters of Zelophehad (Numbers 27:1). Her sisters are called Noah, Hoglah, Milcah and Tirzah.

What is the meaning of the name mahlah?

The name Milcah in the Bible

There are two Milcahs mentioned in the Bible:
The most famous one is the niece and wife of Nahor. This Milcah is the sister of Iscah and both are daughters of Haran, the brother of Nahor and Abraham.
The other Milcah is one of five daughters of Zelophehad, the great-great-great-grandson of Manasseh, the eldest son of Joseph (Numbers 26:33). Her sisters’ names are Mahlah, Noah, Hoglah and Tirzah.

What is the meaning of the name milcah?

The name Noah in the Bible

In English translations of the Bible, there are two characters named Noah, one man and one woman. In Hebrew, however, these two names are totally different, and their meanings are exact opposites.
The Noah first mentioned in Numbers 26:33 (pronounced No’ah) is one of the five daughters of Zelophehad; her sisters are named Mahlah, Hoglah, Milcah and Tirzah.
The Noah mentioned in the Book of Genesis (pronounced Noach, with a ch like Bach) is the main character of the great flood cycle, and father of Shem, Ham and Japheth. We’ll call him Noah I:

What is the meaning of the name Noa?

Noa is both a feminine givenname and a surname. The Hebrew: נוֹעָה‎ is a popular name for girls in Israel, meaning“movement” or “motion”.

The name Tirzah in the Bible

There are two Tirzahs mentioned in the Bible, a woman and a city:
The woman named Tirzah is one of five daughters of Zelophehad, the son of Hepher of Manasseh, who together with her sisters Mahlah, Noah, Hoglah and Milcah famously brings about a change in Mosaic hereditary law (Numbers 26:33).
Tirzah the city is located near Samaria and is conquered by Joshua (Joshua 12:24). King Solomon praises her beauty (Song of Solomon 6:4) and king Jeroboam moves his seat of power to there (1 Kings 14:17; here this town is called תרצת, Tirzath). Israel’s kings down to Omri rule from Tirzah (1 Kings 16:23). Omri buys a hill from a man named Shemer, and builds the city Samaria on it (6:24). When his son Ahab becomes king, he rules from Samaria. The last we hear of Tirzah is that it’s the scene of a massacre instigated by the cruel king Menahem of Israel (2 Kings 15:16). Judging from 15:14, king Menahem was a native of that town.

What is the meaning of the name Tirzah?

Tirzah (Hebrew: תרצה‎, variant “Thirza”) is a Hebrew word meaning “she is my delight”.

The name Hoglah in the Bible

There’s only one Hoglah in the Bible and she is the daughter of Zelophehad, the son of Hepher, the son of Gilead, the son of Machir, the son of Manasseh (Numbers 27:1).
Of this Zelophehad it’s written that he had only daughters, and when he died his daughters realized that their father’s name would disappear on account of him having no sons. They take their concern to Moses and ask for land — probably so that those who live there could be called the ‘sons’ of Zelophehad; a common occurrence in Hebrew Scriptures.
God hears the daughters and has Moses institute the rule that if a man dies without having sons, his possessions have to be transferred to his daughters (Numbers 27:7). Another rule, however, confined the daughters’ marital options to the descendants of Manasseh (Numbers 36:10; the institution of endogamy).
The names of the daughters of Zelophehad are: Mahlah, Noah, Hoglah, Milcah and Tirzah (which immediately accounts for the largest cluster of feminine names anywhere in the Bible).

What is the meaning of the name Hoglah?

In regard to the names of the daughters, scholars largely are in agreement; Mahlah means “fat”/”infirmity”, Noa means “movement”, Milcah means “queen”, Tirzahmeans “pleasing”, Hoglah means “dancing” (though for this reason it is also the word for partridge).

To sum it all up:

* This, by the way, isn’t the same name as the Noah who built the Ark to escape the Flood.  Even though it seems that way in our translations, the Hebrew words, though very similar, are different.  The Noah of Genesis 6, his name means “rest.”

Knights TemplarThe Chivalric Orders are a set of three Orders culminating in the grade of Knight Templar, and controlled by that body. This body is markedly different from its foreign counterparts, in that it exhibits a paramilitary structure and outlook END_OF_DOCUMENT_TOKEN_TO_BE_REPLACED 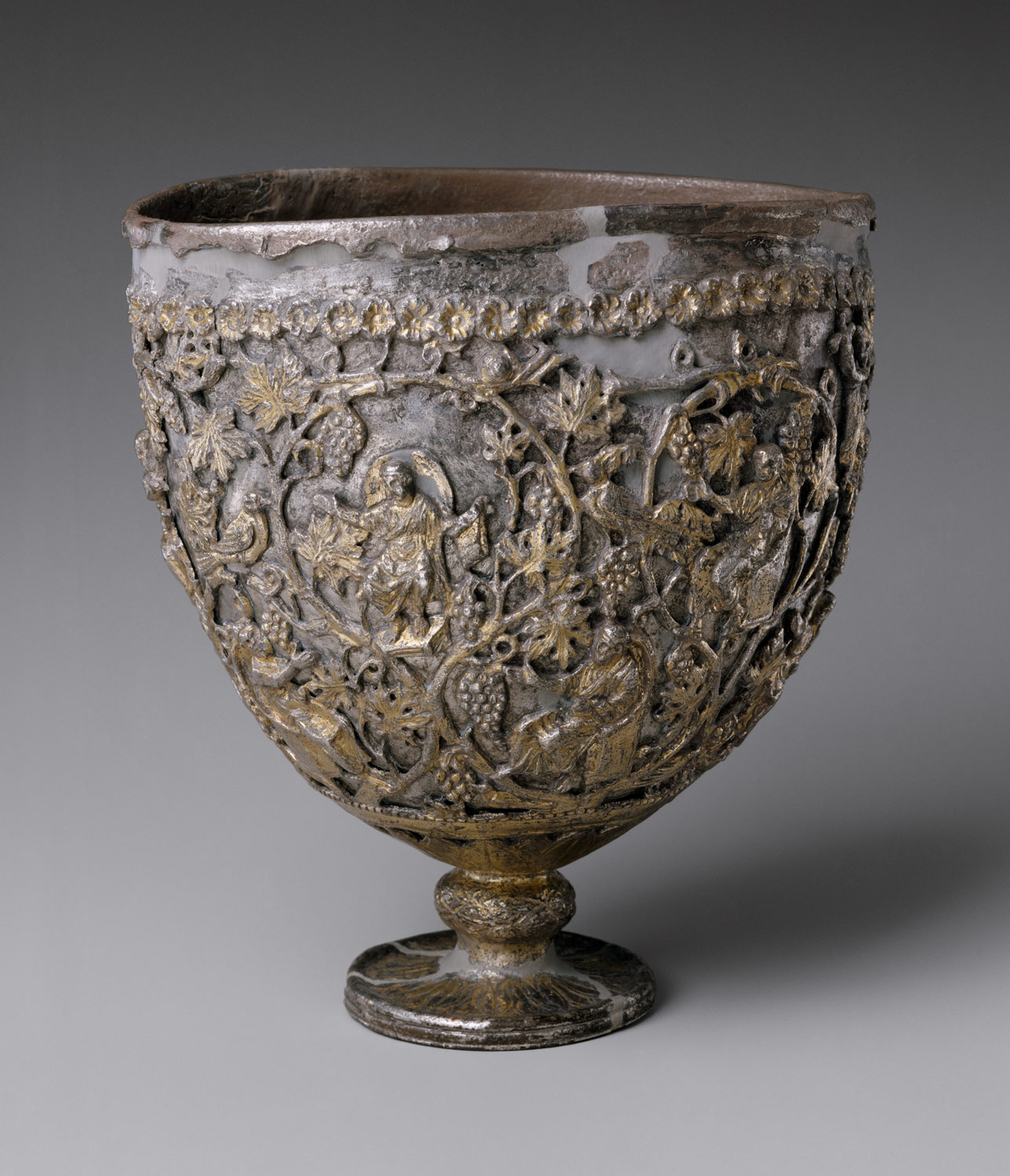 Nicodemus helping to take down Jesus’ body from the cross (Pietà, by Michelangelo).   formerly called the ACTS of PONTIUS PILATE. [Although this Gospel is, by some among the learned, supposed to have been really written by Nicodemus, who became END_OF_DOCUMENT_TOKEN_TO_BE_REPLACED

The Book of Joshua marks the fulfillment of the Exodus of the Israelites from Egypt, for God fulfills his promises to Joshua, the successor to Moses, by leading them to the Promised Land. With God’s help, the tribes of Israel united as END_OF_DOCUMENT_TOKEN_TO_BE_REPLACED